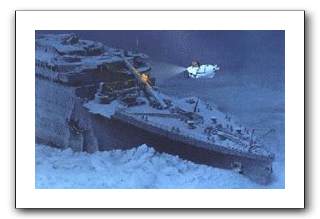 Kim Cameron has a post, “IBM Researcher Slams UK Identity Card Scheme” in which he writes:

He couldn’t be more right. My central “aha” in studying the British government’s proposal was that the natural contextual specialization of everyday life is healthy and protective of the structure of our social systems, and this should be reflected in our technical systems. A technology proposal that aims to eliminate compartmentalization rejects one of the fundamental protective mechanisms society has evolved. The resulting central database, where everything is connected and visible to everything else, is as vulnerable as a steel ship with no compartments – one perforation, and the whole thing goes down.

It’s a tremendously important point. Our lives are naturally, usefully, and importantly segmented. In 1959, Erving Goffman discussed this in the (still important) “Presentation of Self In Everyday Life.” (Wikipedia article, or some excerpts…I know. Books. Get over it, there’s some useful stuff stored that way.)

His basic thesis is that we play roles: “school principal” or “mother” or “doctor” or “bribe-accepting Congressman,” and that each of these roles has its own quirks and presentations, and it is useful and important to separate them. An identity system that doesn’t support that in powerful ways is far less likely to be adopted.