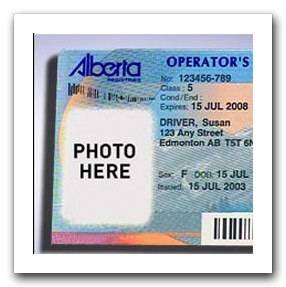 Members of an Alberta Hutterite colony have won the right to carry driver’s licences that don’t carry their photographs.

The Wilson Colony, near Coaldale, 12 kilometres east of Lethbridge, took the province to court after the government introduced a new licence that must have a driver’s photo on it.

The colony argued in a Lethbridge court that the government’s rule violated its charter right to freedom of religion. Members believe the second commandment in the Bible prohibits them from willingly having their picture taken.

The province argued the photos were necessary to prevent fraud or identity theft. But a judge determined the Crown had failed to prove that this would likely be the case.

(From the CBC, “No photo required for some Hutterite drivers.”)