Not Because It Is Easy, But Because We Can 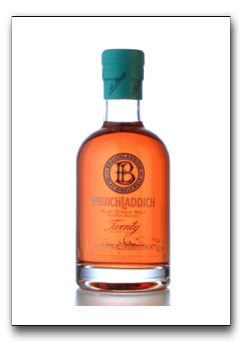 Twelve barrels of the world’s most alcoholic whisky, or enough to wipe out a medium-size army, will be produced when the Bruichladdich distillery revives the ancient tradition of quadruple-distilling today. With an alcohol content of 92 per cent, the drink may not be the most delicate single malt ever produced but it is by far and away the world’s strongest. Malt whisky usually has an alcohol content of between 40 per cent and 63.5 per cent.

Mark Reynier, Bruichladdich’s managing director, said: “We are doing this because we have this ancient recipe and therefore we can. It is unlikely that we will ever produce any more quadruple distilled malt again, so we expect it to become much sought after.”

(From the Times Online, via DM. I wonder if they’re patenting the process?)

2 comments on "Not Because It Is Easy, But Because We Can"